India entered a second straight semi-finals at the T20 showpiece event with four out four wins in Group A. Fast bowling legend Brett Lee has backed India to make the final of the ongoing ICC Women’s T20 World Cup considering their form and the quality of players they have. India became the first team to enter the semi-finals of the Women’s T20 World Cup in Australia with a hat-trick of wins before finishing the group stage with another win when they beat Sri Lanka in a one-sided contest.

India have thus made a second straight semi-finals at the T20 showpiece event but have never made the final.

However, this time, Lee feels, they can change the history. “We saw from the opener against Australia just how good India can be, and it’s no surprise they’ve continued that form to top Group A,” Lee wrote in his column for the ICC. “They’ve never reached the Final but this is a different India team from the one they’ve seen before. They’ve combined match-winners in Shafali Verma and Poonam Yadav with consistent players with both bat and ball.”

Lee, who played 76 Tests, 221 ODIs and 25 T20Is between 1999 and 2012, also praised India for the depth they have in their squad who can step up should their star player(s) have an off day. “We’ve always known they have some of the best players in the world but now Harmanpreet Kaur has a team around her that can support the big players, and fill in the gaps when they have an off day,” he wrote.

He added, “They’ll go into the semi-finals full of confidence and it will take an excellent team to stop them from reaching the Final.”

Lee reserved rich praise for 16-year-old batting sensation Shafali Verma who has set the tournament alight with her free-spirited hitting. So far, she has scored 161 runs, the third highest in the tournament, at a splendid strike-rate of 161. “Shafali Verma has been excellent at the top of the order, she’s brought a fearless energy to India’s batting and been brilliant to watch. You feel she can go even bigger as well she hasn’t reached 50 yet, which is both exciting for those watching and worrying for the bowlers!” he said. 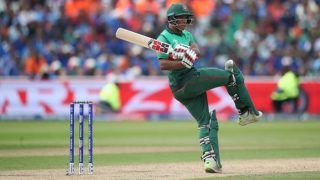 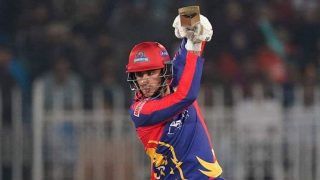