India woman batter Veda Krishnamurthy feels communication has improved within the team ever since Ramesh Powar took over as its coach.

India woman batter Veda Krishnamurthy feels communication has improved within the team ever since Ramesh Powar took over as its coach. The former India offspinner replaced Tushar Arothe as the coach of the women s team in August and Krishnamurthy believes that his appointment is leading the team in the right direction.

“The best part about Ramesh is that he is getting everyone to talk,” Krishnamurthy told ESPNcricinfo in an interview. “Communication has improved. He has asked us to speak out more. If there’s anything running in our mind, he wants us to openly have a conversation about it, which wasn’t the case earlier. Players are sitting and discussing what their role should be in the team and what they should actually do. There’s a lot of cricket being spoken. That’s the one thing he’s been stressing on ever since he joined us, he wants everyone to come together and work towards it.”

As the team gears up for the ICC Women s World T20, Krishnamurthy pointed out that Powar s appointment has helped improve the surrounding within the side. Under former coach Arothe, India lost to Bangladesh twice during the Women s Asia Cup, including a loss in the final. But since Powar has taken over, the team has had success in Sri Lanka in both ODIs and T20Is against them, followed by a 3-0 beating inflicted on Australia. The team also underwent intense preparation during a training camp in Mumbai.

“It’s a different atmosphere around him. We’ve been used to a similar kind of coaching for a long time, and for him to come in and change the atmosphere completely, it’s a big deal,” Krishnamurthy said. “I think everyone likes it. There’s conversation between the players as well as the coaching staff now. You don’t hold back anything and you’re speaking your mind. That’s the biggest change in the dressing room.”

India were the finalists in the Women s World Cup last year, hence it was even more disappointing to see them lose to Bangladesh in the Asia Cup. Krishnamurthy stressed on a few things that she went wrong behind their forgettable campaign.

“We planned too many things for the Asia Cup. We should have just stuck to our basics instead,” she said. “There were so many things the management was doing and the players were doing but at the end of the day it taught us all something – that we shouldn’t overdo anything. We knew there was a World T20 coming up and our focus should have turned towards that. But now whatever happened during that phase does not hurt us much as we’ve shifted our focus.”

Krishnamurthy will be one of the key batters for India during the World T20, alongside Smriti Mandhana, Mithali Raj, skipper Harmanpreet Kaur and youngster Jemimah Rodrigues. Despite not being in the best of forms of late, the 26-year-old feels she is willing to bat wherever the management asks her to, something that skipper Harmanpreet had emphasized on before the team s departure for West Indies.

“I think I’m the most suitable person to bat in the position in the team,” she said. “Not everybody can do it and I have been doing it for a really long time. I’ve been a middle-order batsman ever since I started playing. I’m experienced enough to handle that position, it’s very tricky. I’m aware that my wicket is like the final nail in the coffin. In a collapse if I get out, it is like I’m nailing my team’s coffin. It’s a very tricky position to bat in but I like that kind of pressure. I would definitely want to keep that spot unless the team thinks someone else should replace me.” 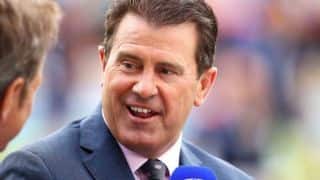 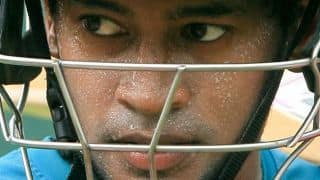