He may have not been able to set the Afghanistan Premier League ablaze, but Chris Gayle is delighted that his side Balkh Legends have made it to the semi-final of the APL..

He may have not been able to set the Afghanistan Premier League ablaze just yet, but Chris Gayle is delighted that his side Balkh Legends have made it to the semi-final of the APL. The Legends, who roped in Gayle as its icon player, defeated Paktia Panthers by 89 runs on Saturday to seal themselves a place in the final four. They have now won four of the five games played.

“That’s good news as that is the first objective for any team to be in the top four,” Gayle said after Legends’ win over Panthers. “It’s been good so far. Before the tournament started, some of the players met and wanted me to be here and be a part of something. It’s been good from a team point of view. From a personal point of view, it’s good to be a part of a new franchise and share my viewpoints with youngsters. Hopefully they can learn a lot.”

Gayle decided to opt out of West Indies tour of India and invested the time participating in the APL, at the end of which the Jamaican will also be taking part in the second edition of the T10 League in the UAE scheduled to be conducted between November 23 and December 2. Gayle, however, has made himself available for the home series against England and the World Cup next year starting May 30.

Gayle, 39, had an ordinary outing in the Caribbean Premier League with 283 runs from 10 innings. However, he returned to play for Jamaica in his final List A game, in which he scored 122. But in the APL, Gayle has managed scores of 20, 20 and 12 in the three innings he has batted so far. The Legends, who also possess the likes of Colin Munro, Ben Laughlin, Mohammad Nabi, Ravi Bopara, Mohammad Irfan, and Ryan ten Doeschate in their ranks, has managed to strike a good combination with Gayle in their squad. 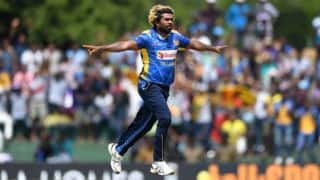