The England left-arm spinner Jack Leach has signed a two-year contract extension with Somerset to keep him at the club until the end of 2020.

I m very proud to have signed a new contract with my home county, Leach told the Somerset CC website.

Added the club s head coach Jason Kerr: It s great news for all connected to the Club that Jack has extended his current contract. Personally, I m delighted that Jack has committed his future to the Club. He continues to contribute with match-winning performances and behaviourally epitomises everything we are trying to achieve at the Club. 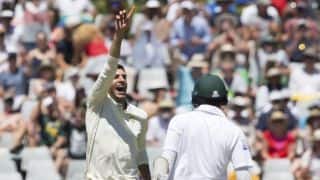