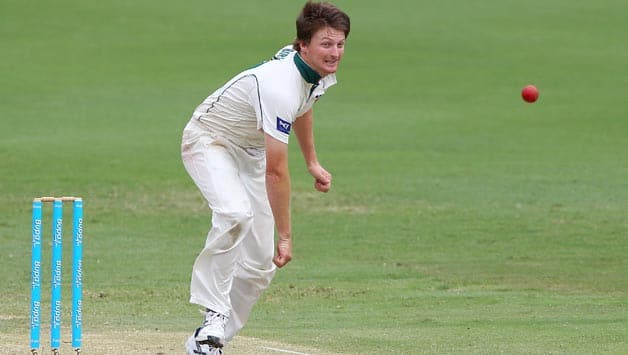 Jackson Bird replaced Ben Hilfenhaus as the latter is out due to injury while left-hand batsman Usman Khawaja has been brought into the side as a cover for skipper Michael Clarke.

Commenting on the squad, national selector John Inverarity said: “Ben Hilfenhaus was not considered for selection due to injury and he has been replaced by his Tasmanian team-mate Jackson Bird. Jackson’s outstanding first-class figures of 87 wickets at 19.72 from 17 matches have been rewarded with his inclusion in the squad.”

“Michael Clarke is in doubt due to the injury he sustained whilst batting on the fourth day of the first Test. Usman Khawaja comes into the squad as cover for Michael,” he said.

“Usman has been in good form this season. He has played especially well on occasions when conditions for batting have been very difficult,” said Inverarity in a press release.

Commenting on the injuries of Clarke and Hilfenhaus, Australian team physiotherapist Alex Kountouris said: “Michael Clarke has a low grade hamstring injury. He will have intensive treatment over the next week with aim of being available for the Boxing Day Test match.”

“Ben Hilfenhaus has showed some good signs over the last 24 hours, but will not recover from his side injury in time for the Boxing Day Test. His return to bowling will be determined by his progress and response to treatment over the next week,” Kountouris said.