Jacques Kallis: I would love to play another season in IPL

Jacques Kallis: I would love to play another season in IPL

Kallis also rated Warne and Akram as the most difficult bowlers he has faced.

Jacques Kallis, whose glorious career in international cricket, came to an end after he announced his retirement from the game on Wednesday (30 Jul) said that he was not a person who wanted a grand farewell.

In an exclusive interview with Mumbai Mirror, Kallis said, “I am not a grandstand farewell type of a person. However, it would have been nice to have got the World Cup.”

Speaking about being a legendary all rounder, Kallis said, “It’s amazing being an all-rounder. You are in the game all the time. You need a body that can endure the hard work and must also have time to work on all departments.”

The all-rounder was also all praise for his stint as a Kolkata Knight Riders (KKR) player, and hoped to play more games for the Indian Premier League (IPL) team. “The Knight Riders management are like my Indian family. They have gone out of their way to make me feel at home, and I really loved being part of their set-up.”, he said.

When asked about the most difficult bowler he had ever faced, Kallis said,”Shane Warne on a turning Sydney wicket is a menace with his incredible control. Not to forget his thought process in trying to get you out. I always thought Wasim Akram from a seamer’s perspective was also a difficult customer – amazing skill to swing the ball with pace.” 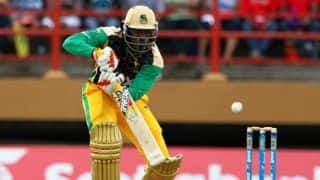