Thunders, who ended last in all three seasons are keen to sign Kallis and Pat Cummins.

Legendary all-rounder Jacques Kallis could join Sydney Thunders for the next season of Big Bash League (BBL). Though there hasn’t been any official confirmation, Kallis’s manager Dave Rundle said that Kallis is keen to join. The manager of Thunders Nick Cummins has openly expressed his interest in the South African all-rounder.

“We are in talks with the Sydney Thunder and others. No contracts have been signed with anyone yet. Jacques is however, very keen to play in the Big Bash,” Rundle was quoted as saying by the official website of Cricket Australia (CA). The Thunders have finished each of the last three BBL seasons at bottom place.

“We’ve been talking to his management, but I know a few teams are. The great thing about Jacques is he is two players; he’s a batsman and a bowler, and that is invaluable in any team. I also think what we saw last season was the value of the older players in terms of their match awareness and composure. So, yes, we would love to have him and hopefully we can make that happen,” Cummins was quoted by CA.

The franchise is also interested in pacer Pat Cummins who is currently in India playing for Kolkata Knight Riders in the Indian Premier League. 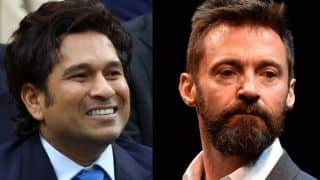