Corey Anderson will play for Mumbai Indians and George Bailey will turn up for Kings XI Punjab.

All the players named by more than two teams for the Champions League Twenty20 (CLT20), including South African legend Jacques Kallis and West Indian dasher Kieron Pollard, have opted for their Indian Premier League (IPL) franchises instead of their domestic teams.

“Eight players scheduled to take part in the competition were in high demand after being named in more than one squad, after their respective Twenty20 clubs from around the world qualified for the tournament,” CLT20 organisers said in a statement. The tournament is scheduled to be played in India from September 13 to October 4.

Explaining the process for deciding which teams these players would represent, CLT20 Governing Council member and Director of Legal and Business Affairs, Dean Kino, said like previous seasons, the IPL franchises will have to financially compensate the teams that the players have left.

“Like previous seasons, players who have been named by more than one team have been asked to nominate which side they are going to represent. Players are free to make any decision they wish. Teams are then allowed to replace any player that has withdrawn from their squad and elected to play for another side,” he said.

“CLT20 regulations state that when a player elects to play for their ‘away’ team, that team must pay the ‘home’ team 150,000 compensation per player. A ‘home’ team is classified as a team from the country a player is eligible to represent in international cricket,” he added.

Therefore, New Zealand’s rising star Corey Anderson will play for Mumbai Indians, while Australia’s George Bailey will turn up for Kings XI Punjab. Kallis has opted for Kolkata Knight Riders instead of Cape Cobras, while Pollard and Lasith Malinga have gone with Mumbai Indians. The tournament will follow a format similar to the three previous editions, with a Group Stage preceded by a Qualifier. A total of 29 matches will be played in the competition. 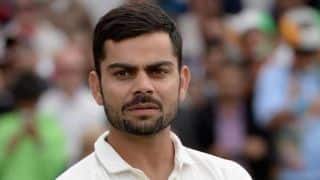