Jacques Kallis will be remembered for consistency with both bat and ball, says ICC Chief Executive David Richardson

Jacques Kallis will be remembered for consistency with both bat and ball, says ICC Chief Executive David R

Kallis announced his retirement on Wednesday, prompted by a poor run in the series against Sri Lanka.

In a rich tribute to Jaques Kallis, ICC Chief Executive David Richardson today said the legendary South African all-rounder will be remembered for his consistency with both bat and ball in all formats of the game. Kallis announced his retirement on Wednesday, prompted by a poor run in the series against Sri Lanka, where he could manage only five runs in three One-Day International (ODI) innings.

“Jacques Kallis will go down as one of the greatest all-round cricketers in the history of the game. Since making his international debut at the age of 20, he has been a mainstay of the South African line-up in all forms of the game,” Richardson, said in a statement. During his illustrious career, spanning nearly two decades, Kallis played a total of 519 internationals in which he scored 25,534 runs with 62 centuries and took 577 wickets, besides 338 catches.

“To maintain such a high level of form and fitness in international cricket, is an incredible feat and should be an inspiration for younger generation of cricketers aspiring to be bracketed in the league of legends of the sport. Jacques played the game in a highly competitive manner and he can look back on his career with great pride. We wish Jacques and his family well with the next exciting phase of their lives,” the statement added.

Richardson is a former South Africa wicketkeeper, who represented them in the 1990s. He played nine Tests and 29 ODIs with Kallis for South Africa. 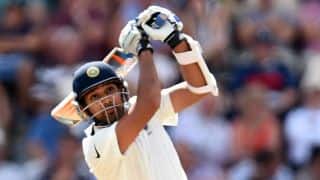