Wasim Jaffer was ready to play for free after quitting Mumbai provided a team accepted his services, the prolific domestic batsman has revealed.

Wasim Jaffer was ready to play for free after quitting Mumbai provided a team accepted his services, the prolific domestic batsman has revealed. However, he found no takers and it was only after Chandrakant Pandit took over as the Vidarbha coach that he managed to find a team that gave another lease of life to his domestic career.

Since then, Jaffer has won two successive Ranji Trophy titles with Vidarbha, and at 41, has no intentions of calling it quits.

In 2014-15, when I decided to quit, the Mumbai selectors were not keen to pick me,” Jaffer told The Times of India. “But I did manage to convince them and emerged as the highest run-getter in Vijay Hazare tournament. But I was ruled out of the entire season after breaking my finger in the first match against Jammu & Kashmir. I felt that that I shouldn t get in the way of a youngster and decided to move on.”

He added, “I was willing to play for free. I spoke to a lot of states, including Kerala. However, they refused. But when Mumbai removed Pandit as coach and Vidarbha signed him up, I told him that I was interested in playing for Vidarbha, even if it was for free. He spoke to Prashant Vaidya (VCA vice president), and they agreed.”

Jaffer also had to convince his employer, Indian Oil, to give him the leeway to continue his cricket career and not push him to a ‘9 to 5’ desk job. “I am indebted to them [Indian Oil] for giving me a job when I was only 20. However, when I got injured in 2017 and was on a rehab program, I was asked by my boss to quit playing cricket and work 9 to 5 along with few other cricketers. That was a big shock. I kept pleading that I still have a lot of cricket left in me, but to no avail. I was upset with that. I request people who take such decisions to give some leeway to sportspersons. Let them play as long as they re playing well,” Jaffer said.

With over two decades of experience playing first-class cricket, Jaffer does no that the end his nigh but is not yet ready to give up provided Vidarbha deem him fit enough. “I m on my last legs, but I m enjoying my cricket. If Pandit stays on at Vidarbha, I d love to play another season for them,” he said. 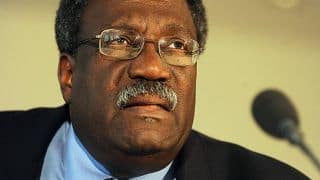 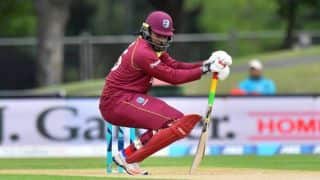 West Indies can be formidable at World Cup if they choose the right team: Llyod