Former BCCI president and a member of the anti N Srinivasan group, IS Bindra, has lashed out at the Board's interim head Jagmohan Dalmiya for accepting what he termed an "illegitimate stop-gap" arrangement. 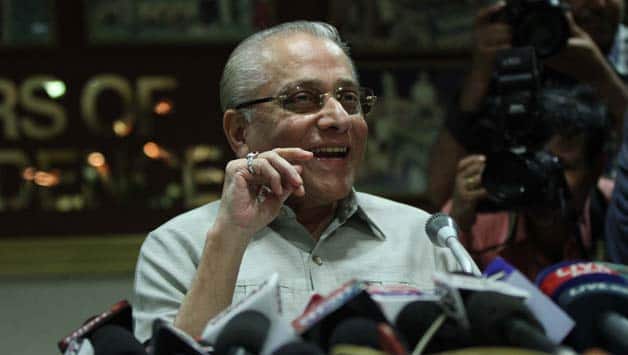 Former BCCI president and a member of the anti N Srinivasan group, IS Bindra, has lashed out at the Board’s interim head Jagmohan Dalmiya for accepting what he termed an “illegitimate stop-gap” arrangement.

Bindra, who now regularly writes blogs stated his views to a question posed to him about whether the BCCI has gone a decade back by appointing Dalmiya as the head of the interim group after the Sharad Pawar faction ousted him alleging misappropriation of funds.

“I have no idea whether the Board has gone back in point of time but Mr Interim Board President has not done justice to the high offices he had held before, namely President BCCI and President ICC, by accepting an illegitimate stop-gap arrangement,” Bindra wrote on his blog.

On the issue of having an independent legal system, Bindra was critical about Srinivasan appointing his “personal friend” Raghu Raman.

“Earlier, there had been an appointment to create the independent legal system. But when Mr N Srinivasan took over, the role of ombudsman and legal counseling is being conducted by Raghu Raman, his personal friend. I am told he is being paid lakhs for attending board meetings and his legal fees run into crores,” Bindra has written on his blog.

Without naming former cricketers, Bindra admitted that binding clauses by some private broadcasters forced the BCCI to bring a few of them on board.

“I must admit that I was part of the dispensation which took a decision to pay cricketers for being on the IPL Governing Council and also to sign them on an exclusive to be commentators.

“At that time, we took the decision as we were facing a situation where some private broadcaster had signed the players on an exclusive basis and was not willing to release them. In [that] case, they did not have the official broadcasting rights of the BCCI. If you deem Board to be culpable in this, I accept my responsibility in equal measure,” Bindra wrote.