IS Bindra is principal advisor of ICC.

New Delhi: Paying rich tributes to Jagmohan Dalmiya, former Board of Control for Cricket in India (BCCI) President I.S. Bindra, his one-time friend turned foe, reminiscenced about his association with the late Kolkata businessman. Dalmiya, 75, passed away at a city hospital on Sunday. His long administrative innings at BCCI began as a treasurer in 1983 – the year India won the World Cup. Dalmiya then teamed up with Bindra to bring the cricket World Cup out of the British soil for the first time in 1987, as India and Pakistan co-hosted the hugely successful Reliance Cup in 1987. Damliya partnership with Bindra was successful in bringing huge amount of money to the game of cricket in the subcontinent, laying the pillar of the game in the country and eventually turning it into a global superpower. READ: MS Dhoni pays homage to Jagmohan Dalmiya

Bindra, at present the principal advisor to the International Cricket Council (ICC) and current chairman of the Punjab Cricket Association, who is travelling overseas, said in a statement: “I remember today my long innings with Jagmohan Dalmiya from 1980-1996 when we worked together to lay the solid foundations of Indian cricket and built it into a global powerhouse. In 1984 under the leadership of N.K.P. Salve we moved the World Cup out of England giving South Asian cricket fans the excitement and glory of the 1987 Reliance World Cup. We succeeded in eliminating the English and Australian stranglehold on global cricket and made the ICC a truly representative and democratic global polity.” Haroon Lorgat: Jagmohan Dalmiya was an iconic administrator

Bindra said he fondly remembers the legacy of his partnership with Dalmiya that was instrumental in bringing out live telecast of cricket in India from the clutches of national broadcaster Doordarshan, a move that “catalysed the satellite broadcasting industry in India. Those were also the days when we earnestly laid the foundations of making Indian cricket the commercial force it is today by breaking the monopoly of Doordarshan as the sole broadcaster of Indian cricket. This was not as easy as it looks today. It took patience, perseverance and mental strength to fight the monopoly all the way up to the Supreme Court of India.”

“The Court issued a landmark judgment in 1994 which catalysed the satellite broadcasting industry in India,” he added. Bindra, who quit full-time cricket administration last year, said India’s successful hosting of the 1996 world Cup strengthened India’s position as a global market, which was possible only because of Dalmiya’s “passion, energy and dedication”. “Indian cricket was further strengthened in 1994 when we successfully won the right to host the second World Cup in the subcontinent. The 1996 World Cup introduced many elements of global marketing to Indian cricket. As such it set the stage for what is a given in this day and age of Indian cricket. Jaggu’s passion, energy and dedication was instrumental in achieving this all. He was an able cricket administrator and I, along with millions of cricket lovers around the world, salute his commitment and dedication to the game,” Bindra concluded. 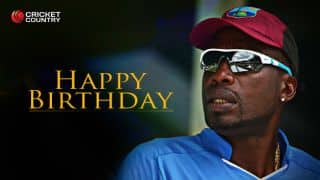