India lost Virender Sehwag cheaply after leg-spinner Piyush Chawla's career-best haul of 4 for 69 ended England's first innings at 330 on the second day of the fourth and final cricket Test on Friday. 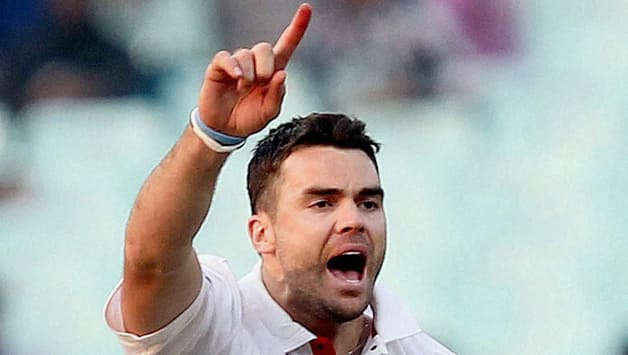 India lost Virender Sehwag cheaply after leg-spinner Piyush Chawla‘s career-best haul of 4 for 69 ended England‘s first innings at 330 on the second day of the fourth and final cricket Test on Friday.

Chawla snapped up the wickets of debutant Joe Root (73), Graeme Swann who made 56, and James Anderson, in a superb post-lunch spell of 4.5-0-17-3, to add to his lone success Thursday.

The 23-year-old Chawla thus bettered his earlier best of two for 66 versus South Africa at Kanpur in 2008.

Chawla’s spell, after England resumed at the lunchtime score of 277 for seven, helped India wrap up the visitors’ first innings within the first hour of play.

However, the hosts then lost the prize wicket of Sehwag for a second-ball duck.

Sehwag’s middle stump was uprooted after he failed to negotiate a searing in-swinging ball from Anderson.

At the end of the second session, India were 298 runs behind the visitors’ total, with opener Gautam Gambhir (17) and Cheteshwar Pujara (15) at the crease.

Gambhir, who is under pressure to perform along with other seniors in the series in which India are trailing 1-2, looked in good touch as he square drove Bresnan and Anderson for handsome fours, before coming down the track to hammer left-arm spinner Monty Panesar for a boundary just before tea.

Pujara, after surviving a torrid spell from Anderson, hit the fast bowler for a glorious off-drive.

The hosts, however, have a huge task ahead of them against a pumped-up Anderson — he rattled Pujara with a scorching bumper immediately after his arrival — and the other English bowlers.

England, who resumed at an overnight score of 199 for five, added 78 runs in 32 overs while losing the wickets of Matt Prior (57) and Tim Bresnan to Ravichandran Aswhin and Ishant Sharma.

Sharma, who bowled with a lot of fire on the low and slow track that has already started to crack, finished with figures of three for 49 in his second match of the series while Ravindra Jadeja (2/58) and Ashwin (1/66) were the other successful bowlers.

Chawla, who had dismissed Ian Bell yesterday, accepted a return catch from Root after the debutant batted for nearly six hours while facing 229 balls and hitting just four fours.

It ended a stubborn 60-run eighth-wicket partnership between Root and Swann, who faced 91 balls and struck six fours and two sixes.

Two overs later, the leg-spinner had Swann, attempting a reverse sweep, trapped in front with a quicker ball that went straight before hitting him on the pads.

In his next over, Chawla packed off Anderson through a catch in the leg trap to bring an end to the England first innings.

The visitors lost their last three wickets in the post-lunch session for addition of 53 runs in under 17 overs.

Earlier, India fought back well after the first hour’s play by claiming two quick wickets as England adjourned for lunch at 277 for seven.

After Ashwin dismissed Prior, Sharma, replacing the off spinner, sent back all-rounder Bresnan with the second ball of a new spell to help India wrest the initiative.

The two wickets fell in the space of nine balls.

England lost both the wickets at the same score of 242, having added 43 runs to their overnight total.

Full Scorecard Photo Gallery Video: Say it out..! India vs England – ‘Sachin Tendulkar “The old man” should retire from cricket 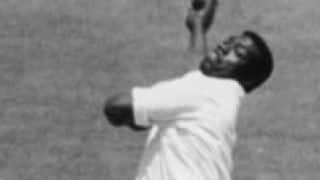