England needed 143 runs to win the Test in he final day at Grenada.

James Anderson’s three wickets in the first session of the final day of the second Test at Grenada was crucial to ensure England won the match comfortably. England captain Alastair Cook, who played his part too has called Anderson England’s best bowler of all time. “It was a brilliant performance. He was the star and it just proves why, in my eyes, he is England’s best bowler of all time,” said Cook.  England ease to a 9-wicket victory against West Indies in 2nd Test at Grenada

“We should cherish every moment he bowls for England We turned up at the ground thinking it would be a lot of hard work on a flat wicket and it was, but when you’ve got special players in your team they can produce special performances at the drop of a hat. I was slightly surprised with his run out and his two catches, I didn’t quite know he had that in him, but it was fantastic skill and heart,” Cook added, according to bbc.com. West Indies vs England 2015: Gary Ballance 3rd fastest England player to reach 1,000 runs in Tests

Cook also praised centurion from the first innings Joe Root and Gary Ballance, who became third quickest to 1,000 runs by an England player. “I haven’t seen young players bat like that for England, in terms of the way they go about their business and how good they are. I genuinely believe they’re going to take English batting to a new level over the next 10 years or so,” said the England captain. Kraigg Brathwaite scores 4th Test ton in West Indies vs England Day 4, 2nd Test at Grenada

England and West Indies lock horns once again in the third and final Test at Barbados starting from May 1. 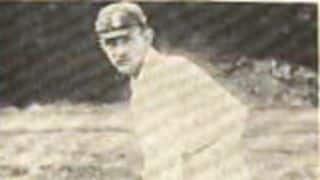