Anderson was charged with a Level 3 breach of ICC Code of Conduct after India alleged that he pushed Jadeja.

England were knocked out of the mega-event from the group stages after losing four of the six games. Anderson was charged with a Level 3 breach of the International Cricket Council’s (ICC) Code of Conduct after India alleged that he pushed Jadeja inside the pavilion as the players left the field for the lunch break on the second day of the first Test.

While the charges against both players were later dismissed, Anderson said the sense of being monitored (by the ICC) has left him a more inhibited bowler lacking the aggression that was a key element in his game.

“I’ve definitely been different since that incident. And it probably affected me during the World Cup,” Anderson was quoted as saying by ESPNcricinfo. “It didn’t affect me during that India series because there was still that real determination to win. I was aggressive without being over the top,” he said.

“But in the World Cup, there was a constant sense that the International Cricket Council (ICC) were watching,” the 32-year-old added. Anderson has been England’s most effective bowler over much of the last seven years and goes into the Test series against the West Indies starting on Monday requiring just four more wickets to overhaul Ian Botham’s record tally of 383 Test wickets for England. The game will also be Anderson’s 100th Test. 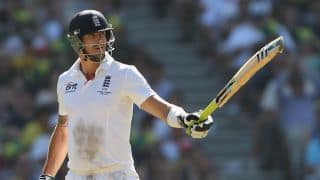 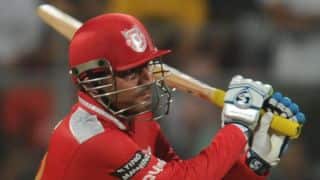