The Birmingham Bears scored 181 for 5 in their 20 overs against challengers Lancashire Lightening in the T20 Blast Final at Edbaston on Saturday. Three innings stood out for the Bears, as first Varun Chopra and William Porterfield got them off to a flier at the start before Laurie Evans played a belter at the death to propel Birmingham.

However, the story at the start was that of former England all-rounder Andrew Flintoff, who replaced the injured Kabir Ali. “Freddie” claimed the wicket of Ian Bell off the very first delivery he bowled in a match that he was not initially going to be a part of. Flintoff made his comeback in July and claimed two wickets in his first county game since 2009 as Lancashire defeated Worcestershire in the Twenty20 Blast.

James Anderson was largely ineffective, as he was taken for as many as 41 in his first three overs before coming up with a decent final over, the 20th of the innings, mixing slower balls with yorkers to end with figures of none for 52 in his four overs. 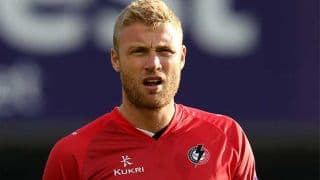 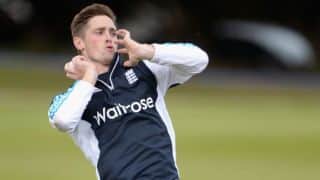