World Cup winner James Faulkner said he was “deeply embarrassed and sorry” after being fined £10,000 ($15,650, 14,350 euros) on Wednesday and banned from driving for two years. The 25-year-old all-rounder, who was named man of the match in this year’s World Cup final, was nearly three times over the limit when his car was involved in a minor collision with the back of another vehicle in Manchester, northwest England. Faulkner, who plays with English county Lancashire in the city, had been at a restaurant and did not want to walk a mile home in heavy rain, Manchester Magistrates’ Court heard. READ: James Faulkner gets 4-match ban by Cricket Australia

Sentencing him, District Judge Mark Hadfield said: “I am sure you accept it was foolhardy in the extreme to get behind the wheel of your vehicle having been out for a meal with your friend.” Lancashire head coach Ashley Giles was present in court.

Cricket Australia last month temporarily banned Faulkner for “conduct that is unbecoming of a representative”, meaning he will miss Australia’s limited overs matches against England and Ireland in August and September. He will have to undergo an alcohol management counselling programme. READ: James Faulkner admits to drunk-driving offence

Outside court, a statement was read to reporters on Faulkner’s behalf. “My decision to drive that day was wholly my own and clearly it was an error in my judgement. I apologise unreservedly for my behaviour but I accept this does not and should not excuse my actions. I am deeply embarrassed and sorry. I will ensure this remains an isolated bad decision on my part,” the cricketer said. 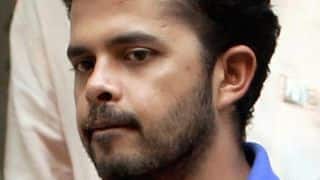 David Warner bonds with his daughter ahead of fourth Ashes Test