Ishant Sharma bore the brunt of James Faulkner's conscious decision to go after seamers in the third ODI and the game-changing Australian all-rounder offered his sympathies to the Indian spearhead, saying that every bowler has days when he ends up looking "silly out there". 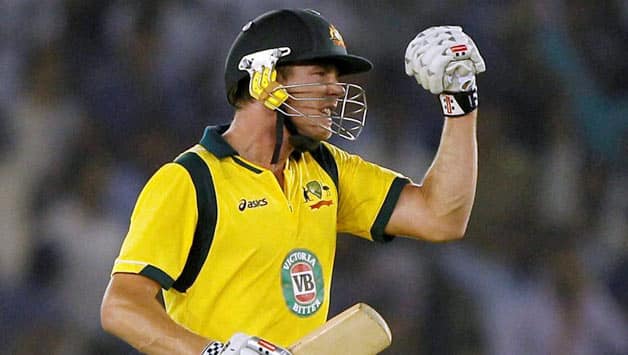 Ishant Sharma bore the brunt of James Faulkner‘s conscious decision to go after seamers in the third ODI and the game-changing Australian all-rounder offered his sympathies to the Indian spearhead, saying that every bowler has days when he ends up looking “silly out there”.

Faulkner’s 29-ball 64 turned the match on its head last night as Australia chased down 304 with three balls and four wickets to spare.

Faulkner particularly targetted Ishant in the 48th over, plundering 30 runs off it which changed the course of the game. Faulkner hit a boundary followed by two huge sixes, then stole a double and to add insult to the injury, once again dispatched Ishant’s last two balls for the maximum in that over.

Later, he sympathised with Ishant, saying this can happen to any good bowler.

“There is always pressure to bowl at that stage. I know that as I have done that a few times for Australia…there are going to be days when you would look silly out there, and that has happened to me a lot of times, don’t worry about that,” Faulkner said.

“But there are also other times when you might bowl a good over and win a game for your team, that’s cricket,” he added.

The seven-match series is right now 2-1 in favour of Australia. Faulkner said after the mauling in the second ODI in Jaipur, the visitors’ plan was to target the medium pacers when the asking rate was mounting towards the end last night.

“I didn’t feel I could get Ashwin over the long boundary, with his carom balls,” Faulkner told a post-match press conference here.

“I thought the only way we could win the game is to take on the medium pacers down from the other end and try and take 20 off each over… that was our only chance to be honest,” he said.

“It was a kick in the guts, the second game in Jaipur. To score 360 and have them chase down the total was really disappointing. We knew we had to bounce back with a good game and now we are 2-1 up in the series. It’s going to be a really tough contest for the next four games,” he added.

Indian skipper MS Dhoni’s unbeaten innings of 139, which propelled India to a total of over 300, went in vain thanks to the heroics of Faulkner, whose blistering hits overshadowed another brilliant knock by compatriot Adam Voges (76).

“He batted exceptionally well with mature head and I am happy for him.”

“I thought through the middle we bowled really well as a group and restricted the boundaries at one stage and I suppose India did the same to us…that’s the one-day game there’s going to be highs and lows,” he explained.

Faulkner said the win hasn’t “probably sunk in as yet.”

“To be pretty honest, it has been an unbelievable series so far. In the first three games, every single team that has batted first has posted over 300.

“So, It’s been really good series so far and I am pretty sure that there is going to be some strong cricket played for the last four games.”

Asked if the idea behind bowling first was the dew factor or was it just the way Aussies wanted to go about it, Faulkner said, “I am not sure about that, You have to ask George [Bailey].

“I said let’s chase, let’s try and get some early wickets and put them under pressure, which we did. I thought we bowled reasonably well at the start, there were some chances we created as a team.

“I suppose they got away from the City end to make 300, MS [Dhoni] batted exceptionally well, but in the end we won, which is a good thing.”

Can numbers capture the drama and intensity of Test cricket?