Neesham came in to bat after the end of a world record 352-run sixth-wicket stand between BJ Watling and Brendon McCullum with the team’s score on 446 for six. Watling was dismissed for 124 after scripting the longest Test innings by a New Zealand wicketkeeper. Neesham then scored at a brisk rate along with McCullum who was playing a marathon Test innings. Neesham reached his half-century towards the end of the day and was unbeaten on 67 at stumps on Day Four.

On the final day he galloped into the 90s with a few boundaries. The first one came when he lofted Ishant Sharma over mid-on. He followed up with a straight drive played on the up against Zaheer Khan. 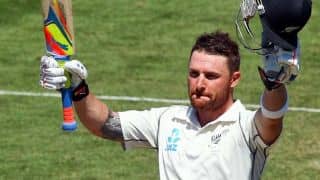 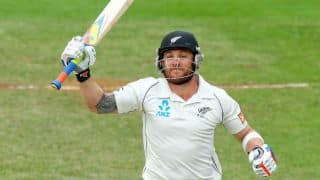