Six Australian cricket experts had reportedly worked together in a bid to return injured fast bowler James Pattinson back to bowling again.

According to Fox Sports, the experts agreed upon a couple of minor tweaks to Pattinson’s technique that they felt could reduce the strain on his body and minimise the future risk of injury, while input from strength-and-conditioning and sports science experts was also sought.

Victorian assistant coach Simon Helmott said that the meeting was like having a Formula One car and a pit crew who are all working to help Pattinson perform at the best possible level, while McCaskill said that they were looking to get Pattinson’s back foot pointing around to 45 degrees as it had got a little straighter than it should.

Fourteen weeks earlier, Pattinson had broken down with a stress fracture of the L4 vertebrae during the second Ashes Test at Lord’s and after three weeks of complete rest, he had eased back into exercise with Pilates sessions, building up to some strength work, cycling and swimming and, eventually, running.

The main trait the experts were seeking to eliminate from Pattinson’s action was ”counter rotation” in the delivery stride, where the shoulders are in a more side-on position relative to the hips and McCaskill felt it might help explain why Pattinson had succumbed to several injuries in his short career.

Since receiving his baggy green from Andy Bichel before a Test debut against New Zealand at the Gabba in 2011, Pattinson had twice missed chunks of cricket with back problems (twice), a foot stress fracture, an abdominal strain and a side injury, the report added. 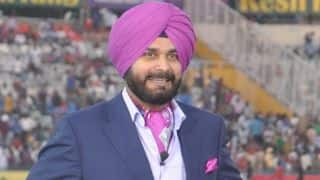 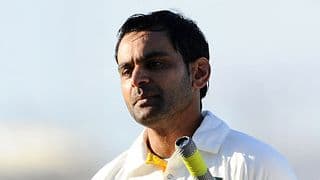