The Windies will then go on to play three Tests against Australia, beginning December 10, at Hobart, Melbourne and Sydney.

Melbourne: Queensland’s wicketkeeper-batsmanagainst the West Indies in a four-day practice from December 2 to 5 at Allan Border Field, Brisbane, ahead of the three-match Test series. The Windies will then go on to play three Tests against Australia, beginning December 10, at Hobart, Melbourne and Sydney. “A newer look West Indies side will provide some great experience for this CA XI which includes a mixture of those who have represented Australia and some exciting talent emerging through state ranks. This will be a good leadership opportunity for James Peirson, who has also represented Australia in the national Under-19 squad,” CA national talent manager Greg Chappell said on Wednesday. SCORECARD: Australia vs New Zealand 2015, 3rd Test at Adelaide

“We expect this opportunity will allow James to build on his experience. James will share keeping duties with Western Australia’s Josh Inglis.” The squad will assemble in Brisbane on December 1. CA’s national batting coach, Michael di Venuto will coach the side with National Cricket Centre (NCC) head coach Troy Cooley as his assistant. “A number of the squad have represented Australia at various levels, most notably Cameron Boyce in Twenty20 Internationals. Cameron impressed for Australia A in last year’s four-day matches against India A and this is a good opportunity for him to continue developing his red-ball game against the West Indies Test outfit,” said Chappell.

“Players like Matthew Short, Jordan Silk, Tom Andrews, Nick Stevens and Michael Neser have been coming up through the ranks for a while and the West Indies side will provide another good challenge for these young players to impress.” 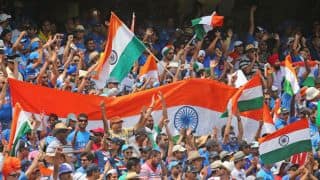 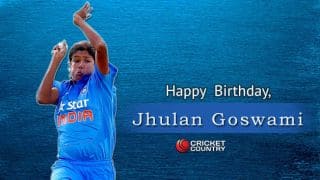