CA CEO James Sutherland has said that this will improve the competition structure of the game, in return creating strong narrative for fans.

International Cricket Council (ICC) has approved the new ODI league structure, along with the much awaited ICC Test Championship. While the new move by the ICC has drawn immense praise by the cricketing bodies around the world, Cricket Australia (CA) CEO James Sutherland has said that this will improve the competition structure of the game, in return creating strong narrative for fans, alongside attracting commercial partners as well. He also said that this format would also allow to improve the competition structure of the game. The new league structure would be getting underway from the 2020 season, while the Test championship would get underway from 2019. ICC set to launch 9-team Test, 13-team ODI league from 2019

“In international cricket history, this is the first time there has been broad structure and context for international cricket. In their own way series between countries have some sort of context, but the broader context of a league and a championship provides certainty and competition structure that will create a really strong narrative for fans and commercial partners in the game. For those who write and report on the game it will provide an element of much greater richness, because every game will have context and meaning, not just for the participating countries, but also for other third-party nations and fans. It’s a tremendous step forward for international cricket,” said Sutherland in an exclusive interview with ESPNCricinfo.

“We’re perhaps here because of what people might say about the game of cricket being challenged by having three formats. I prefer to say cricket is blessed to have three formats, but right now is a very good time, not before time probably, for us to turn up with this structure and context to provide a foundation where fans can really relate to the way in which the game is played. Ideally the structure and context will provide an opportunity for the three formats of the game to co-exist together and to complement each other, and to allow fans to pick and choose what formats of the game they enjoy most, notwithstanding there are many out there who love the game no matter how it’s played,” he added.

Speaking on the prize money, he said, “That detail hasn’t been worked through but absolutely there will be significant rewards associated with being a champion team. That’s only appropriate. There are already significant awards for teams who win ICC events, so only appropriate that these being extensions of ICC events that there are similar sorts of prize money available. Every two years a playoff between the top two Test cricket teams in the world will be a highly anticipated event. The prestige of winning will be very significant.” IND vs AUS 2017-18 could be one of the last 5-match ODI series, feels Sutherland

“For Australia it will probably mean a tiny bit less Test cricket. Something like 10 Test matches a year, where at the moment we probably average about 12. It will vary a little bit. I really believe the prestige and the level of engagement with Test cricket will be higher if we make it more precious, we play it in certain windows, it has structure and context as part of the Test Championship, it’s not meaningless with people wondering why it’s being played. All those things will come together,” he added.

He also spoke on how the Test Championship would have an impact on The Ashes. “I can’t think of any way in which this denigrates or undermines the Ashes. The Ashes will continue to be the biggest Test event we play in, but these matches will have even greater meaning than they do currently – if that’s possible. Looking at the draft schedule it may well be that the first ever series of this new Test Championship is the Ashes series of 2019 in our winter. The Ashes will continue to fit into a four-year cycle,” he said.

On being asked abut the venue for the final of the Test Championship, Sutherland stated, “Where the final will be played is still to be determined. It’s likely in that first cycle in 2021 it will be somewhere we can play in an Australian wintertime. But everyone liked the idea of finishing on top of the Test Championship and hosting a playoff match, whether that works logistically and fits in with everyone else is another matter. On an aggregate basis there’s less cricket played in the middle of the year than over the Australian summer period, because so many countries share the same cricket season. Ideally a home final would be the case, but you can also write a script pretty powerful to say imagine in July 2021 having a Test Championship playoff match at Lord’s, and people come from everywhere to be a part of it. If it was Australia and say South Africa or India playing, I don’t think there would be any question of it being an absolute sellout.”

However, with the ODI league structire, it is likely that a less number of ODIs and series are to be played. Speaking more, Sutherland said, “Absolutely. I’ve been on about this for a long time. If you want to take a harsh view on one-day cricket, incredibly popular as it has been and continues to be in many respects, the real context happens every four years when a World Cup is played. In the middle of that there’s a lot of one-day cricket played, between 20 and 30 matches every season for us, that in many ways is all a prelude between World Cups. This is a really strong structure, there’s a championship at stake, but it’s also about World Cup qualification, seeing who the top six or seven teams are who will qualify automatically, but also brings in Ireland and Afghanistan and a 13th country, so it creates opportunities there. Series will be capped at three matches and when you draw that up in your mind, a three-match one day series between Australia and India that counts towards a one day league championship, there’s a lot at stake there.”

Discussing on the points system of the Test Championship, Sutherland said, “There’s a belief that is very important. Every match will count, it’s a matter of working through with statisticians and even actuaries will do an analysis on what the right mix is. For discussion I provided that it might be there’s 100 points available for a series, 60 of those for winning the series, and then the other 40 points are available on a per match basis, so if it was a two match series each Test would be worth 20 points for a win, or if if was a five Test match series each match would be worth eight points for a win. Something like that. In citing that example it means the fourth and fifth Test match of that series would be worth the same amount of points as the first Test match, even if they haven’t contributed to the series result. Everyone understands the important of winning series, but we want every match to count even though the series result might be resolved.”

The discussion regarding the Test Championship has been going on for years, before it was approved on Friday. “What has evolved very quickly over the course of the last decade is a world that has these three formats and I think there’s a realisation amongst members that we needed to find a place to better define Test and one-day cricket. Where they fit and the contribution they make, and how those formats engage with fans is really about the continuing relevance and sustainability of those three formats. They’re popular but I certainly believe they can be more popular by virtue of this structure and context. There has been a lot of discussion about these sorts of things in the past, somewhat in isolation, somewhat without the burning platform of trying to bring it all together so all three formats live together in some kind of complementary fashion that makes cricket better and stronger,” stated Sutherland.

On being asked if all this is being taken into consideration to make Test cricket stronger, he said, “Definitely. I think it’s valued in all countries but there are concerns about the way fans engage with it [in some places]. This is not the silver bullet solution to ensure Test cricket crowds and viewing audiences all jump by 20-40%, there’s a whole lot of other things that need to happen to continue to support not just Tests but the other formats to ensure they’re relevant, but it is certain that all Full Members are united in the view that the primacy of international cricket is incredibly important, Test cricket as part of that, and this is a big step forward.”

He concluded by speaking on the four-day Test concept. “There’s a commitment to the Test Championship being played over five days, but there’s nothing compulsory around countries playing four-day Test cricket if two countries come together and say they want to. It’s about learning more, innovation and understanding whether these sorts of things can work. We’ve seen innovations in day-night Test cricket where two countries wanted to play a game, and this sort of trial, if you don’t do it you’ll never know,” he concluded. 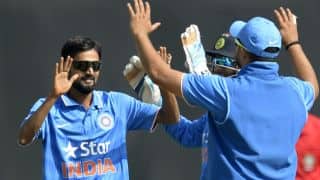 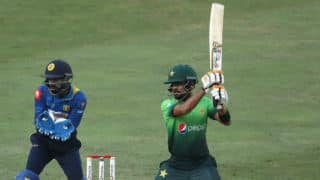