Essex seamer Jamie Porter has withdrawn from the England Lions tour of Australia after suffering a stress fracture of the lower back.

Londres: Essex seamer Jamie Porter has withdrawn from the England Lions tour of Australia after suffering a stress fracture of the lower back. Porter propelled Essex to an unexpected county championship title with 75 wickets at 16.82, netting twin awards from the Cricket Writers’ Club and the Professional Cricketers’ Association. A trip to Australia, where the Lions will effectively shadow the Ashes squad during November and December, was seen as the next step in the 24-year-old’s development. The stress fracture was spotted during tests by the Lions and Porter will instead link up with the England and Wales Cricket Board’s pace programme to build fitness. Dawson on being omitted from England Lions squad: Don’t think I did myself justice at Test level

Worcestershire’s Josh Tongue will step up to the Lions tour. “While it was initially surprising and disappointing for Jamie and for us to discover he has a stress fracture, we have agreed with him and with Essex that this new approach is the best option,” said national selector James Whitaker. “Spending the first half of the winter on the pace programme will allow him to take a break from competitive cricket after two excellent and demanding seasons for Essex, allowing the injury to recover, and for a focus on his rehabilitation.” 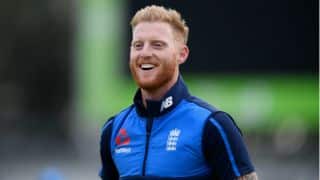