The bench last week issued notice to Abdullah in his capacity as president of the Jammu and Kashmir Cricket Association (JKCA) on the PIL filed by former state Ranji team player Majid Yaqoob Dar and club cricketer Nisar Ahmad Khan.

Ganaie said the next date of hearing has been fixed in the first week of June. The state Police, which is probing the case, submitted its status report to court in compliance with the orders passed by the bench last week.

The petitioners have alleged that crores of rupees were swindled by the office-bearers of the JKCA who used it for personal gains instead of promoting the game in the state.

Jammu and Kashmir Police, who are probing the case, had registered a case in March 2012 against two former officials of JKCA following allegations of misappropriation of funds, received by the body from the BCCI.

The case was registered against the then treasurer Ehsan Mirza and then General Secretary Mohammad Saleem Khan based on the complaint lodged by JKCA chairman Mohammad Aslam Goni. Abdullah had termed the allegation of his involvement in the case as “unfortunate”. 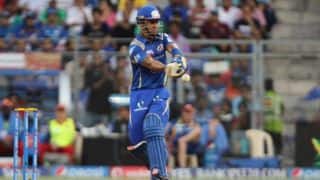