Three former Australian Cricket greats will form the Australia A Bupa Support Team coaching arm for the side s Tour of South Africa in July and August.

Three former Australian Cricket greats will form the Australia A Bupa Support Team coaching arm for the side s Tour of South Africa in July and August. Adelaide Strikers coach Jason Gillespie will take on the head coaching role for the team, with Chris Rogers and Brad Haddin sharing the assistant coaching duties, for the four-day component and one-day component of the tour respectively. The tour will feature at least six matches for the Australia A side, including two four-day matches against hosts, South Africa A, with the first match starting on 12 July, and four round-robin matches in a one-day tri-series against South Africa A and India A. Australian cricketers offered multi-year contracts to forgo IPL in future

A place in the tri-series final will also be up for grabs, to be played on 8 August. Cricket Australia s Executive General Manager, Team Performance, Pat Howard, said: It s extremely pleasing to have three quality people in Jason, Chris and Brad on-board to guide the Australia A squad in their upcoming Tour of South Africa, Howard said. All three have significant experience as players, in varying conditions across the world over their lengthy careers, which will no doubt be invaluable for the players touring with this squad.”

Jason has substantial head coaching experience, both with the Adelaide Strikers and in an extremely successful stint as coach of Yorkshire in the England County Championship. He also impressed as an assistant coach of the Australian T20 side earlier this year, so we look forward to seeing what he can achieve with this side.”

A number of Australia A representatives in 2016, including the likes of Peter Handscomb, Hilton Cartwright and Chris Tremain, made their international debuts during the 2016-17 season, and we believe this coaching panel will help develop more cricketers ready to push for an international debut or a return to international ranks.

Incoming Australia A Head Coach, Jason Gillespie, said: I m thrilled to be appointed as head coach of Australia A for the series against South Africa A and India A, and I m looking forward to working with Chris and Brad in the coming months, Gillespie said. While the squad has yet to be named, it will no doubt feature some of the country s most talented players, and players challenging for the opportunity to play international cricket for Australia.”

This tour will provide those players with the chance to push their claims for those opportunities, and to experience a really high standard of competition and life on the road. It s a really exciting time to be involved in Australian cricket, and I can t wait to join up with the squad and head to South Africa.

12 July 15 July: Australia A v South Africa A at Tukkies

26 July: Australia A v India A at Tukkies

30 July: Australia A v South Africa A at Groenkloof

1 August: Australia A v India A at Tukkies

5 August: Australia A v South Africa A at Tukkies 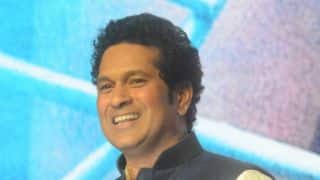