"I to'ed and fro'ed. I had days where I thought, 'right, I'm definitely applying for it. I'm going to have a crack and see how far I get'. Other days where I wasn't so sure. In the end I just felt I wasn't quite ready for that opportunity." - Jason Gillespie

Melbourne [Australia]: Former Australian pacer Jason Gillespie has revealed that he “seriously considered” applying for the post of Team India head coach which has now been bagged by Ravi Shastri. On July 1, Shastri was appointed as the head coach of the Indian cricket team, a post that was lying vacant since Anil Kumble’s resignation following India’s 180-run defeat against arch-rivals Pakistan in the Champions Trophy final at the Oval on June 18. Ravi Shastri and support staff’s salary to be decided by CoA’s 4-member committee

Kumble had informed that skipper Virat Kohli had reservations about his work ‘style’ and his extension as the head coach, which prompted him to resign. “I talked a lot about that with my family,” Gillespie told cricket.com.au of his decision to not apply for India’s head coaching role. “I to’ed and fro’ed. I had days where I thought, ‘right, I’m definitely applying for it. I’m going to have a crack and see how far I get’. Other days where I wasn’t so sure. In the end I just felt I wasn’t quite ready for that opportunity,” he added.

Gillespie, who has been named the interim coach of Papua New Guinea (PNG), further said that it would have been a wonderful job for him to serve as the head coach of the Indian cricket team. “Maybe one day in a couple of years that’d be something I’d seriously consider,” he insisted. The 42-year-old, who took 259 wickets in 71 Tests for Australia, has built an impressive coaching CV since retiring from playing, steering English county powerhouse Yorkshire to consecutive County Championships titles and Big Bash League outfit Adelaide Strikers.

He was previously considered as one of the main contenders to coach England after his success at Yorkshire. 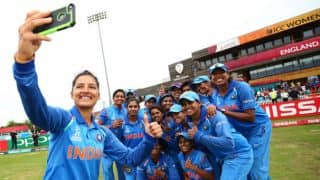