West Indies are trailing 0-1 in the ongoing 3-match Test series vs Australia.

West Indies great Andy Robert has suggested that Test captaincy will ruin Jason Holder’s career. He went on to say that West Indies Cricket Board (WICB) Chief Selector Clive Llyod made a mistake by handing the captaincy in One-Day International (ODI) and Tests to Holder. Roberst added, “Look, he has not settled into Test cricket. The team is failing and it will have a negative effect on him. He is trying to be positive, but you can’t be positive when everything around you is negative.” West Indeis are playing the three-match Test series against Australia Down Under at present and trailing 0-1 after getting thrashed at the hands of Australia the opening Test by an innings and 212 runs at Hobart. LIVE CRICKET SCORECARD: Australia vs West Indies 2015-16, 2nd Test at Melbourne, Day 3

According to midday.com, Roberts who was in Chennai on Sunday admitted that he was not surprised watching his country struggle against Australia in the Tests. “For years I have been saying that things are going to get lower, so this does not surprise me one bit.” The 64-year-old also opined that only by changing the administration will help the way cricket is run and played in West Indies. He also revealed that the issue of administration not doing justice to their job has been since the days he was in action. “The administration was negative during my days. However nobody thought a great deal about the administration then,” he said. LIVE CRICKET SCORECARD: Australia vs West Indies 2015-16, 2nd Test at Melbourne, Day 3

Roberts arrived in Chennai on a personal visit on Saturday. The last time he visited India on a cricket assignment was in 1996 when he was the coach of the West Indian side for the World Cup. 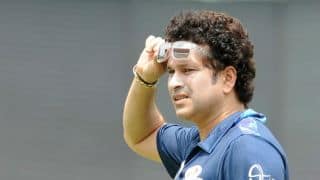