This was Roy’s maiden hundred against Australia. His previous three hundreds had come against Sri Lanka (two) and Pakistan.

Roy feared no Australian. From Mitchell Starc to Adam Zampa, he treated everyone alike, taking them to the cleaners on a flat MCG turf. Australia even tried to bounce him out with chin music, but Roy’s strong forearms made sure the balls goes soaring over the boundary line. The best shot, however, came against Zampa: Roy rocked back to pull a slower leg-spinner over deep mid-wicket it was an evidence of his strength.

Roy, as always is the case, comforted himself on the frontfoot. The even bounce allowed him to play on the up with ease. There were a few glitches, but that is how Roy approaches the game. He knows nothing less or more than belligerence. 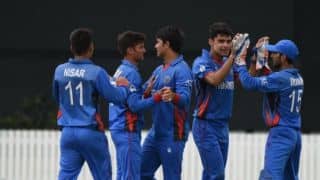 Naveen-ul-Haq says playing in New Zealand much like Afghanistan