Recovering at a steady pace from his injury, Bumrah went through an assessment post the Diwali break which revealed that his recovery is on track. Nursing a stress fracture, India’s premier fast bowler – Jasprit Bumrah is leaving no stone unturned to recover from his injury and put his claim for a comeback to the national squad. On Tuesday, Bumrah dropped hints of his comeback as he shared an image of broken stumps on his official Twitter handle.

Missing from international action since September 2019 due to an unfortunate stress fracture in his lower back, Bumrah’s return to the national scheme of things is highly-anticipated. The 25-year-old pacer tweeted a picture of the middle stump broken in the nets, hinting that he is on course to make a comeback with a bang. He captioned the image: “The End. #ForTheSessionAndTheStumps.”

The image and message received a warm welcome by Bumrah fans who can’t wait to see their favourite quick in action on the biggest stage.

Bumrah missed out the South Africa series at home after it was found out that he was suffering from a lower back issue. He also didn’t feature in the recently-concluded two-match Test series against Bangladesh where India thumped the visitors 2-0.

‘Man of the Series’ – Ishant (12) along with Shami (9) and Umesh (12) claimed 33 wickets as India won both Tests by huge margins to stay comfortably on top of the ICC World Test Championship table.

Recovering at a steady pace from his injury, Bumrah went through an assessment post the Diwali break which revealed that his recovery is on track and he is likely to be available for the New Zealand tour. 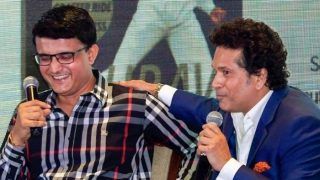 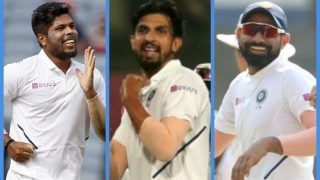