India will begin their World Cup campaign against South Africa at Southampton on June 5.

Former India allrounder Mohinder Amarnath believes that the Virat Kohli-led Indian team has the potential and experience to do well in the upcoming ICC World Cup 2019, but it needs to click at the right time.

India will begin their World Cup campaign against South Africa at Southampton on June 5.

“I think we (India) have the potential, the players, experience and they have to click at the right time. And whatever they have played and all that, that is in the past, it is fresh tournament, fresh matches and it is like playing like new games, new preparation,” Amarnath said on Monday.

Amarnath, who was one of the key players of the 1983 World Cup winning India team, said allrounder Hardik Pandya has the potential but needs to prove himself in the 50-over format. (ALSO READ: Momentum and consistency will be important for India at the World Cup: Rahane)

“We should not compare IPL preparation to a World Cup. IPL is a different format, different kind of cricket. He (Hardik) is a young guy and getting better with time and experience and all that. (But) he has to prove himself in this format (50-over), that he can fit in as a genuine all-rounder. He has the potential and he can do the job. But you have to access the situation and play according to the situation,” said Amarnath.

The 68-year-old feels that pacer Jasprit Bumrah would make a difference to India’s campaign in the marquee event. “He (Bumrah) is a fantastic bowler and he is very awkward; he has got a lot of variation, a crafted bowler and I think he is very crucial from India’s point of view. He has to stay fit what I personally feel and he will make a difference (to India’s campaign). He is very consistent with line and length,” Amarnath, who played in 69 Tests and 89 ODIs, said. 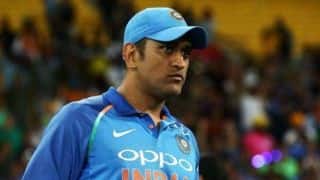 There are a lot of times when Dhoni goes wrong with his tips: Kuldeep Yadav