Miandad's advice came in the wake of comments made by all-rounder Shahid Afridi on the Kashmir issue.

Pakistan’s former captain Javed Miandad has advised his fellow cricketers to avoid voicing opinions on political and other sensitive issues to avoid controversies. Miandad’s advice came in the wake of comments made by all-rounder Shahid Afridi on the Kashmir issue.

“I would say what Afridi said was not suitable and should have been avoided,” Miandad, a veteran of 120 Tests, told media in Karachi. “It is best for cricketers to avoid giving statements on political and sensitive issues. Better they focus on cricket until they retire and decide to start a new career.”

Afridi’s comments on Kashmir can be heard in a video that went viral on Wednesday. “My comments are being misconstrued by Indian media! I’m passionate about my country and greatly value the struggles of Kashmiris. Humanity must prevail and they should get their rights,” Afridi tweeted on his account.

He added that the clip is incomplete and has been taken out of context. Afridi said: “Kashmir is unresolved dispute and under brutal Indian occupation. It must be resolved as per UN resolution. Myself along with every Pakistani support Kashmiri freedom struggle. Kashmir belongs to Pakistan.”

This isn’t the first time Afridi has got himself into a controversy because of his comments. A few months back, he upset Miandad when he made some comments on the fixing issue and took a snipe at the former great. 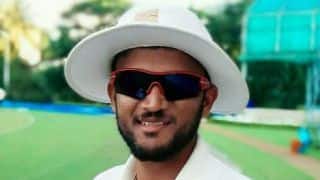 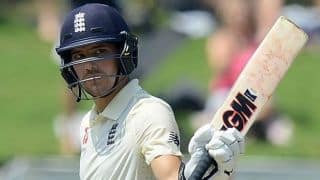