This remarks from Javed Miandad come in the wake of the spot-fixing scandal in the second edition of the PSL, allegedly involving Sharjeel Khan and Khalid Latif.

Karachi: Calling for strong measures in order to avoid match fixing, former Pakistan skipper Javed Miandad has suggested that those found guilty should be given “death penalty”. Miandad, who has often criticised repeated attempts of corruption in Pakistan cricket, was asked about a possible solution of such incidents in Lahore when he said, “Authorities must take measures to stop this [corruption in cricket].” The former Pakistan skipper believes those found guilty of corrupting the gentleman’s game should be made an example out of and given capital punishment so that others fear before attempting such crimes. READ: Javed Miandad: Imran Khan s comment on PSL foreign players is not problematic at all

“Why don’t you take strong measures? You should give death penalty to such people. We must not tolerate such things, not at all,” the Express tribune quoted the 59-year-old as saying. This remarks from Miandad come in the wake of the spot-fixing scandal in the second edition of the Pakistan Super League (PSL), allegedly involving Sharjeel Khan and Khalid Latif. Another ex-Pakistan player Abdul Qadir is also off the same view that players involved in corruption should be hanged.

While talking in a TV show, leg-spin legend. said that players like Sharjeel, Salman Butt, Muhammad Asif and Danish Kaneria would have never been tempted to do such things had those involved in the past been handed the punishment they deserved. READ: Javed Miandad, Aamir Sohail slam PCB for hosting PSL 2017 final in Lahore

“Had you hanged Wasim Akram, Inzamam, Mushtaq Ahmed – there’s an entire list instead of giving them a slap on the wrist, what’s happening now would’ve never happened,” said Qadir. Shahid Afridi, who recently retired from international cricket, was in tune with Qadir’s assertion, saying cricket can never be cleansed until corrupt players are banned for life. “Until an example is set, this issue will continue,” Afridi said. “When a player knows he will be forgiven and brought back into the national fold after four or five years, there isn’t any fear or deterrence,” he added. READ: Javed Miandad: PSL s reputation at stake following latest corruption scandal

At least five players including Sharjeel, Khalid, Mohammad Irfan, Nasir Jamshed and Shahzaib Hasan have been suspended by the Pakistan Cricket Board (PCB) for their alleged involvement in the spot-fixing scandal. 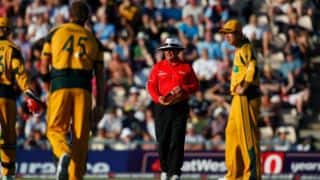 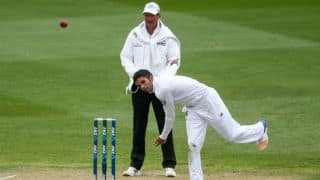