"I don't see any harm in trying out this experiment of abolishing the toss."

Former Pakistan captain Javed Miandad has backed the proposal to abolish toss from Test cricket. While Miandad said such a move would force the home team to prepare better pitches instead of focusing on preparing tracks that suit them, another former captain, Salim Malik said the International Cricket Council should not tinker with the traditions of the game.

“I don’t see any harm in trying out this experiment of abolishing the toss,” Miandad told PTI. “It might ultimately lead to matches particularly Test cricket being played on good standard pitches,” he said as the ICC’s cricket committee meets in Mumbai this month to debate on whether the toss should be abolished from the game.

The committee can only make recommendations to the ICC chief executives committee. Since it was disclosed that the cricket committee was considering a move to recommend abolishing the toss from cricket there has been a mixed reaction to the proposal. Miandad, a veteran of 124 tests and 233 ODIs, said there was no harm in the experiment to get better results.

Toss has always been an integral part of cricket but times are changing and one needs to try out new things to make the sport more attractive and better, he said. He pointed out that in recent years home sides had resorted to preparing sub-standard and one-sided pitches to gain advantage and win matches against touring sides and this didn’t help the game.

In recent times we have seen Pakistan  win in UAE conditions where pitches are low bounced and slow and than go and struggle in Australia or New Zealand. The answer is to ensure they are good quality pitches wherever cricket is played.  But Malik, who was banned for life in 2000 for match fixing, told PTI that the toss made the game more interesting.

It allows one to judge the wisdom and worth of a captain. Decisions made at the toss eventually shape the result of a match. Why abolish the toss why not make it mandatory to have international curators like elite panel of umpires and referees, he said.

He felt that the ICC  should take it as a challenge to ensure all teams prepared sporting pitches that gave equal help to batsmen, bowlers. Doing away with the toss or reducing Test matches to four days is not the answer. One should not tinker with the traditional spirit of cricket, he felt. 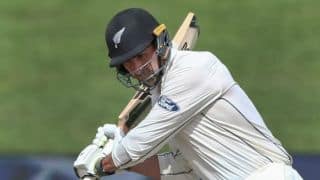