Jaydev Unadkat has had an interesting career. He made his Test debut as a teenager in 2010. Three years later, he made his ODI debut. It took him another three years to make his T20I debut. He hadn t played for India in almost a year-and-half, and when the opportunity came he grabbed it. Unadkat s 2 for 15 helped India in the Mumbai T20I helped India complete a 3-0 whitewash over Sri Lanka.

He awarded the Man of the Match and also went on to win the Man of the Series award. Though he just picked 4 wickets from 3 matches, they came at an economy rate of 4.88, which is incredible in T20s. The Saurashtra left-arm pacer, who had a very good IPL season, credited the grind in domestic season for his success. Over the years, he has been a vital cog for Saurashtra’s success in domestic cricket.

Things went really well for me. I had some plans and I had my preparations before the series. To bowl in the Powerplay was something I was looking forward to do. It s been long [since debut] I have been through the domestic circuit and played a lot there. That really helped mature as a player. Having played so early gave me a boost, said Unadkat after receiving both the awards.

Unadkat also thanked the team management for the support and hopes to continue the good work.

I was always eager to do well for the nation to come and give my best whenever I got a chance with these guys. I am thankful to the team management and captain [Rohit Sharma] for his his backing. IPL cricket has really helped to get the confidence when you come to the international arena, he added.

With Ashish Nehra retired, Unadkat looks a good fit to slip into the role of a left-arm pacer. After a long and successful home season, India will play their next game in South Africa. The first Test starts on January 5. 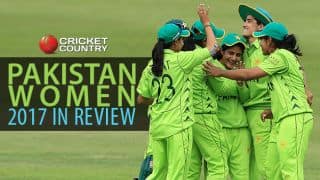