In his over a decade-long career, Patel played 24 Tests, 43 ODIs and 11 T20Is for New Zealand. His last appearance came in May this year, when he featured in his side s loss against Bangladesh in Dublin.

After wicketkeeper-batsman Luke Ronchi announced his retirement from international cricket on Thursday, off-spinner Jeetan Patel also decided to hang his boots on the same day. Ronchi s Wellington team-mate Patel, who is currently representing Warwickshire in English County cricket, confirmed that he has already played his last game for New Zealand, as reported by stuff.co.nz. However, just like Ronchi, Patel too will continue to play for Wellington this season. The dual retirements mean that both the players will not feature in the New Zealand Cricket s (NZC) list of central contracts which is expected to come out on Friday. The 21-player list is expected to have three new additions in opener Jeet Raval, middle-order batsman Neil Broom and all-rounder Colin de Grandhomme.

Interestingly, Patel’s international career looked over in 2014 when he turned down a spot for the West Indies tour to consolidate his position at Warwickshire. However, out of nowhere, he got a shock call-up for India s tour last year in October when spinner Mark Craig injured himself. Patel then almost won his side a Test against South Africa in Hamilton before rain arrived and spoiled the Kiwi party.

In his over a decade-long career, Patel played 24 Tests, 43 One-Day Internationals (ODIs) and 11 Twenty20 Internationals (T20Is) for New Zealand. His last BlackCaps appearance came in May this year, when he featured in his side s loss against Bangladesh in Dublin. He was also named in New Zealand s ICC Champions Trophy 2017 squad, but was not picked for any of the three group matches. Patel s retirement opens up whole new set of opportunities for Ish Sodhi, who will now look to cement his place in the squad across formats. 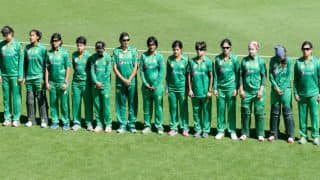 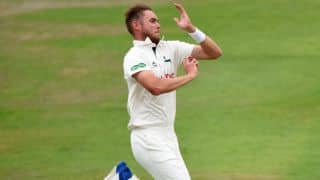