Since 2017, Australia, England and India have featured in women’s Tests matches, with a thrilling draw in one-off women’s Ashes Test at Canberra leading calls for the duration of the matches being played for five days, on par with men’s Test cricket. The upcoming women’s Test match will be played by England when they will host South Africa in June, which will also be the Proteas’ first Test since 2014.

But Barclay’s comments have evoked a sharp response from Jess, who was a member of the ICC Women’s Cricket World Cup-winning Australia team in New Zealand this year.

“Well, it won’t without genuine support from the top. Disappointing to see these comments, the hunger and drive are there from multiple countries regardless of some significant hurdles that need to be overcome by some. It should never be solely about money..,” wrote Jess on her Twitter account.

Earlier, while speaking to BBC Test Match Special during day two proceedings of the first Test between England and New Zealand at Lord’s, Barclay painted a grim view of what women’s Test cricket will look like in the future.

“If you look strategically at the way cricket is going there is no doubt that white-ball cricket is a way of the future That is the game sought after by fans. It is where broadcasters are putting their resources. It is what is driving the money. To play Test cricket you have got to have structures domestically.”

“They don’t really exist in any of the countries at the moment. I can’t really see women’s Test cricket evolving at any particular speed. That’s not to say any countries that choose to play Test cricket can’t do so. But I don’t see it being any part of the landscape moving forward to any real extent at all.”

Barclay concluded by saying he prefers women’s Tests to be played over five days. “Most people would say five days are required. Absolutely if they are going to play it in my personal view they should have five days to play it in.” 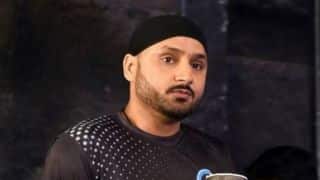 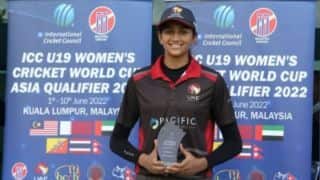 What? Nepal knocked Out For Just Eight In A Bizarre Match