A builder and his nephew admitted to assaulting the Kiwi cricketer.

Wellington: A builder from Canterbury Wednesday admitted that he assaulted New Zealand cricketer Jesse Ryder outside a Christchurch bar two years ago.

The 39-year-old was initially charged with assault and injuring, with reckless disregard for safety, Ryder, who was in a medically-induced coma for three days following the assault, reports The New Zealand Herald. The assaulter was due to stand trial in March but pleaded guilty at Christchurch District Court.

The man’s nephew earlier admitted charge of assault in the aftermath of the argument with Ryder outside a Merivale bar on the night of March 28, 2013. He will be sentenced May 6. Both men are presently out on bail. After months of painstaking rehabilitation from his injuries, which included a fractured skull and a punctured lung, Ryder made an emotional return to New Zealand’s one-day side on Boxing Day 2013 against the West Indies. 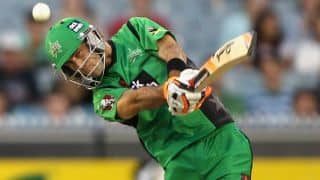