Troublesome New Zealand cricketers Jesse Ryder and Doug Bracewell are out of the second Test against India, coach Mike Hesson said on Monday, as details emerged of a late-night drinking spree.

The pair have admitted drinking in a bar just hours before the start of the first Test last week, amid reports they were also involved in a scuffle, with Bracewell now nursing an injured hand and broken foot.

CCTV footage has also been released showing Ryder, who has a history of alcohol-fuelled incidents, needing assistance to get into a taxi at 3:00am after the One-Day International (ODI) match against India in Auckland in January.

The drinking sessions have infuriated the rest of the New Zealand team as they overshadow media coverage of their dramatic 40-run win in the first Test against India with a day to spare.

“The fact that we won a Test match yesterday and the fact that the first few questions are based around off-field incidents is clearly an extreme disappointment for the team,” Hesson told a press conference.

He confirmed that neither Ryder nor Bracewell would be considered for the second Test, although Bracewell was already out of contention because of his injuries.

“We need to make sure all our players prepare themselves accordingly for Test cricket and at the moment we don’t have confidence that that’s the case,” said Hesson.

However, he stopped short of commenting if they will ever play for New Zealand again, with Ryder previously expected to be an automatic choice for the World Twenty20 squad to be named this week.

“There’s an investigation taking place and we’ll let that run its course first before making any bold statements about those sort of things,”  said Hesson.

The free-scoring Ryder, who has only just returned to the international arena after a self-imposed exile 22 months ago to sort out personal issues, has a Test average of 40.93 from 33 innings.

Bracewell, who has slipped down the pecking order of New Zealand fast bowlers in 2013, led New Zealand to their first Test win in Australia in 26 years when he took nine for 60 in Hobart in December 2011. 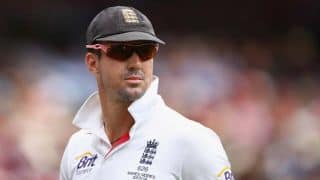 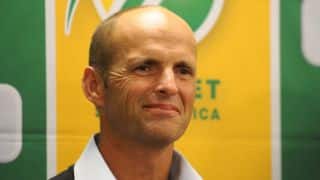