Ryder got suspended for abusing the umpire during a First-Class game.

Christchurch: Troubled New Zealand cricketer Jesse Ryder has received a one-match suspension in domestic first-class competition. The 30-year-old was found guilty of abusing match officials after he was dismissed when playing a Plunket Shield match for Otago against Northern Districts in Hamilton last week.

It ends the domestic season for Ryder, whose ban encompasses the final round game against Auckland next week. He was already unavailable for this week’s game against Canterbury as he is promoting and competing in a celebrity boxing fight on Saturday.

“That’s my season done. I look back and my passion, frustration and want to win got the better of me,” Ryder as quoted as saying by cricket.co.au on Wednesday. “I know it was the wrong thing to do, but at the time the game was in the balance and the form I was in I could have won us the game.”

Despite his big-hitting ability, allrounder Ryder wasn’t selected for New Zealand’s ICC Cricket World Cup 2015 squad because of previous indiscretions and an apparent inability to convince the selectors he was ready to return to the international game. Ryder’s next cricket will be for English county side Essex. 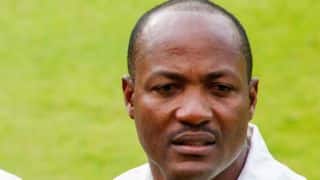 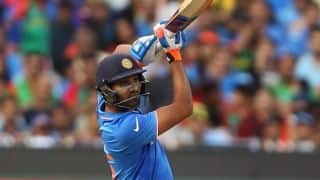