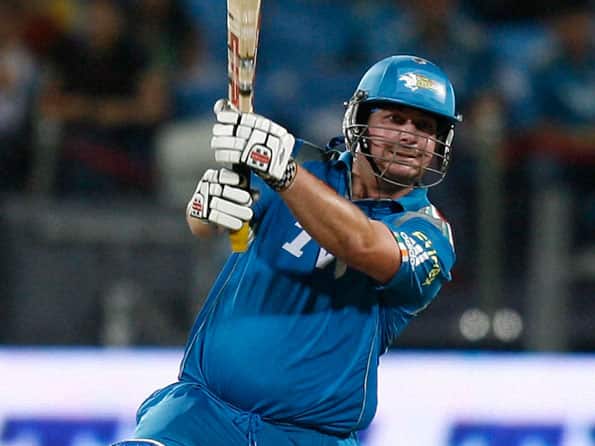 Steven Smith was equally brilliant as he smashed 44 off just 22 balls with the help of four boundaries and three sixes.

Chasing 156 for victory, the Warriors needed 34 off the last three overs. Smith carted Dwayne Bravo for a six and a four to bring the equation down to 22 off 12.

Ryder then launched into Nuwan Kulasekara as he pulled and cut the medium pacer for two fours on either side of the wicket.

Requiring 10 in the final over, the Warriors cantered home with four balls to spare after Smith hit a four and a six over cover off Yo Mahesh.

Ryder hit seven fours and a six during his stay at the wicket.

Robin Uthappa started the chase in earnest, pulling Albie Morkel for a six over mid-wicket in the second over.

But the Karnataka batsman could not sustain the initial momentum as he was run out by Kulasekara.

Ryder was, however, unfazed by the dismissal of his partner as he went about the task in a calculated manner.

After hitting Kulasekara for three boundaries on the leg-side prior to Uthappa’s wicket, the burly Ryder found the fence against Morkel and Dwayne Bravo at the Subrata Roy Sahara Stadium.

But what must have hurt the Warriors at that point of time was the lack of support from the other end.

Yet to find form with the bat, the trend continued for skipper Sourav Ganguly who, despite digging on for some time, could not score more than 16.

Marlon Samuels flopped again as he got out to a horrendous shot off the bowling of Mahesh after wasting 15 deliveries for his eight runs, before Smith and Ryder turned the tide in their team’s favour. (PTI)

Rajasthan Royals can beat any team on a given day: Rahul Dravid