The award caps a fantastic 12 months for Cameron. She won Player of the Match in the final of the ICC Women’s World Twenty20 in Sri Lanka last October. Her batting efforts helped Australia claim its second straight ICC World Twenty20 title with the match decided on the final ball.

The voting period for the award includes all one-day international and Twenty20 international matches played between Feb 4 to Dec 19, 2012. 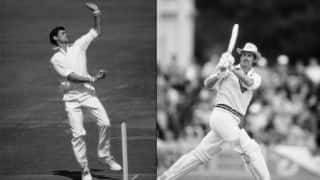