Jhalak Dikhhla Jaa season seven finally had its grand premiere on Saturday, when all 13 contestants got their first chance to showcase their talent in front of star judges Remo D’souza, Madhuri Dixit and Karan Johar. Ranvir Shorey and Drashti Dhami hosted the show, which saw former India cricketer Shanthakumaran Sreesanth groove in a full tapori style.

Sreeanth’s final performance for the first episode will be seen only on Saturday night, in the second part of the first round.

Comedian Palak, played by Kiku Sharda from Comedy Nights with Kapil was a hit. Along with his choreographer Kruti, they set the stage on fire by dancing to the tunes of Pataka Guddi and did pop and lock steps to add glamour and glitz to it. Ashish Sharma with his choreographer Shampa did a video game based dance performance. Famous Bollywood singer Sukhwinder Singh, who has sung famous songs like Chaiyya Chaiyya and Oscar-winning song Jai Ho also performed.

According to Bollywoodlife, Johar had promised never to shake his leg on television. However, Johar was caught doing his signature moves.

Varun Dhawan and Alia Bhatt were also present in the grand premiere. Dhawan announced a dance off between Palak and Alia. It was fun to watch them fight over Dhawan.

However, the host lacked chemistry and comic timing. While Shorey tried to save the day with his one-liners, it just didn’t connect with the audience. Also, Drashti Dhami was in the show to just add to the glamour quotient. Johar, who mostly interacted with the hosts, also seemed lost between them. 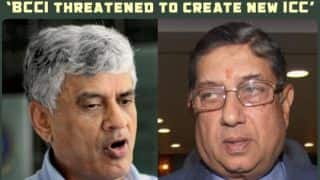