Despite “six surgeries both in left and right toes”, banned Indian cricketer S Sreesanth has put on his dancing shoes to rock the dance floor of “Jhalak Dikhhla Jaa 7”. He says that the show was like a therapy for him.

He may be passionate about dancing, but Sreesanth had apprehensions while signing on the dotted line for “Jhalak…”

“I was a little confused in the beginning, whether to sign up for the show or not since it’s a reality show and it involves voting. But my family, and especially my wife supported me, and I grabbed the opportunity,” he said.

“The show has helped me overcome the bad phase in my life,” Sreesanth told IANS.

However, the former cricketer is not new to dance – he learnt break dance and street dance in his school days and even performed at events and shows.

“I have learnt break and street dance in school.”

After his alleged involvement in Indian Premier League (IPL) spot-fixing, Sreesanth, who is out on bail, is trying something new.

“If you have some talent in yourself, then show it to the masses. I have six surgeries both in left and right toes. I was on a wheelchair for two months, after my surgery. The toe is not supporting, but that doesn’t stop me. I follow my mantra – no pain should stop you, and I have proved that. Dance is my new passion,” Sreesanth told IANS.

The former cricketer was arrested May 16 last year and faced imprisonment till June 11. The Board of Control for Cricket in India (BCCI) banned him from all forms of the game after a probe.

For the show, Sreesanth practices for almost three-and-a-half-hours everyday with his choreographer Sneha at the Jhalak Studio.

“I’m learning hip-hop, a little bit of salsa and jive. My partner is very good at salsa,” he said.

“She is very fast and good. Therefore, matching steps with her is a challenge, but I love it. Now dancing has become my passion. I take up dancing as a fitness regime.

“Sneha keeps motivating me, and according to her, I’m the best dance partner she has got until now,” he added.

Sreesanth said that his family members are inclined towards various art forms and that his sister Nivedita is a TV actress in Kerala.

“Music and dance is in my blood. All my family members have given a lot of preference to art. They all have a career in art. I’m the only one who built a career in cricket,” he said.

Which one did you enjoy the most – cricket or dance?

“I love both. I loved playing cricket and I love my journey here. I love whatever I do,” he said. 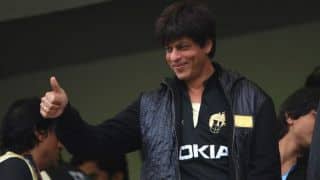 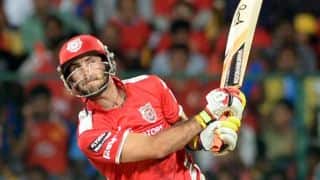