A court has ordered the police to lodge an FIR to probe the allegation of misappropriation of funds of the JSCA by its present and former office-bearers.

Jamshedpur: A court has ordered the police to lodge an FIR to probe the allegation of misappropriation of funds of the Jharkhand State Cricket Association (JSCA) by its present and former office-bearers over the years. Chief Judicial Magistrate GK Tiwari asked the officer- in-charge of the steel city’s Bistupur police station to register an FIR for investigating the allegations against former JSCA president Amitabh Choudhary, who is currently the acting secretary of Board of Control for Cricket in India (BCCI), and other functionaries of the state cricket body. The order was passed yesterday on a complaint filed by Ujjal Das, a former Ranji Trophy player from the state, and JSCA life member Naresh Makani, who has also named the then secretary of the JSCA, Rajesh Verma, former treasurer Govinda Mukherjee and Ranjit Kumar Singh, a member of the state cricket body as the persons to be probed. Kuldip Singh aims to nurture cricketing talents from rural Jharkhand

When contacted, Choudhary said, “All these allegations are rubbish and have no basis.” He said people in Jharkhand “knows me very well and all these allegations are being made as Ranchi has emerged as a world-class cricket center replacing Jamshedpur”. Among other allegations, Das in his complaint claimed that the BCCI had allotted Rs 196.23 crore to the JSCA during the period 2010 to 2015 for promotion of cricket in the state but the funds were not utilised properly. Besides, the complaint alleged that the funds were not utilised properly for the construction of an international stadium in Ranchi. 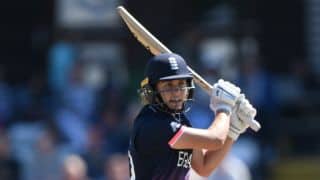 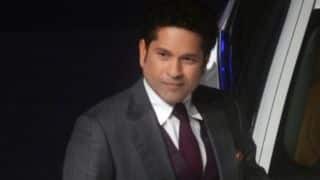 Sachin Tendulkar: Did not know the importance of nutrition during my younger days