The rest of the squad is as expected, with all-rounder Mitchell Marsh and veteran batsman Adam Voges both retained.

Sydney: Batsmen Joe Burns and Usman Khawaja were Friday recalled by Australia for next week’s first cricket Test against New Zealand in Brisbane. Burns was selected ahead of Cameron Bancroft to open the batting alongside David Warner, while Khawaja was expected to fill the vacant No.3 position in a 12-man squad. Burns and Khawaja, who were included in the Test squad for this month’s postponed Tour of Bangladesh, both scored centuries for a Cricket Australia XI in last weekend’s tour match against New Zealand in Canberra. Khawaja has not played for Australia since the 2013 Ashes series, while Burns played two Tests against India last southern summer. READ: Ryan Harris: Cricketers should learn to adapt to pink ball

The rest of the squad is as expected, with all-rounder Mitchell Marsh and veteran batsman Adam Voges both retained. It is a time of transition for the national side following the retirements of skipper Michael Clarke, Shane Watson, Chris Rogers, Brad Haddin and Ryan Harris.

The three-Test series, which will be Steven Smith’s first as permanent captain, starts at the Gabba on November 5. Chairman of selectors Rod Marsh said the squad represents an exciting new era for Australian cricket following the multiple retirements earlier this year. “We will need to play at our best to beat a very talented New Zealand side, but we think this squad has the goods to do it and also provides an opportunity for some exciting younger players to make their mark in the Test arena,” Marsh said. READ: Adam Voges expresses concern over pink ball’s feasibility in Test cricket

“Usman is a very good player of fast bowling and is a fine technician. We feel he will make a really solid contribution towards our batting this series. Joe thoroughly deserves his chance and was unlucky to miss out on the West Indies and Ashes tours off the back of two decent performances in his last Test match for Australia in Sydney. He also put in terrific performances during the recent Australia A Series in India,” he added.

Australia’s group of bowlers remains unchanged from the 2015 Ashes Series in England. “We are pleased with how our bowling unit is going at the moment,” Marsh said. READ: NZ better prepared than Australia for upcoming Test series: Jimmy Neesham

“Both Mitchell Starc and Josh Hazlewood had fantastic performances in the one-day Matador Cup and Mitchell Johnson looks ready to fire after a decent break. Off the back of a great bowling performance in the last Test Peter Siddle earns his selection with Nathan Lyon, a proven spin performer in the side rounding out our attack,” Marsh concluded. 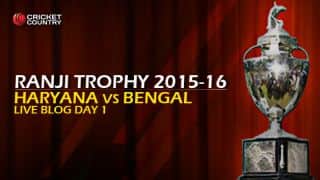