England will now look to set South Africa a target in excess of 400.

The final session of Day Three had England playing more and missing less until the final one hour as South Africa finally manage to get the wicket of Nick Compton. Compton and Joe Root started off from where they ended on tea batting with more aggression this time around. Root and James Taylor have batted well contributing 53 runs together. Taylor and Root did manage to have withered the pace bowling of Morne Morkel, who has easily been the lead bowler for South Africa. Root also got his 17th half century in Tests as he remained unbeaten on 60. James Taylor who is playing well, started from his score of 70 ended in the first innings stayed not-out on 24 at stumps on Day 3, 1st Test at Durban. Live Cricket Scorecard: South Africa vs England, 1st Test at Durban, Day 3

Earlier, Compton got out after making an steady 49 from 116 balls. Root on the other hand was far more aggressive with his game play. With a lead of 147 in the kitty, England looked firm favorites to get as many runs as they can. Compton and Root had a 71 run partnership for the third wicket in the 23.3 they batted together. LIVE CRICKET UPDATES: South Africa vs England 2015-16, 1st Test at Durban, Day 3

South Africa already a bad start to their second bowling innings with Dale Steyn being out off bowling citing an shoulder injury. Morkel has adjusted well to the fact that his partner in crime Steyn missing out. Steyn had bowled only 3.3 overs before going off the field and returning back to bowl three more deliveries just to taken off again.Dane Piedt has been South Africa’s most successful bowler picking up two wickets in his 18 overs. 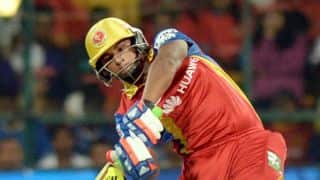 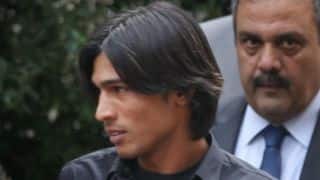