Joe Root was advised by Trevor Bayliss to not participate in IPL auctions.

The IPL 2018 craze has begun much before the tournament commences. There were several players who were left out after the player retention event. Ravichandran Ashwin, Rashid Khan, Ajinkya Rahane, Chris Gayle, Ben Stokes, Chris Lynn, Gautam Gambhir, Lasith Malinga, Kieron Pollard, Glenn Maxwell, Hashim Amla, Faf du Plessis, Kagiso Rabada, Kane Williamson are some of the big names who will go under the hammer. The 2018 IPL auctions will be held on January 27 and 28 at Bengaluru.

However, one of the noticeable names to be found is that of Joe Root. The England skipper was advised by Trevor Bayliss to not participate in IPL auctions. Bayliss believes Root needed to re-strategise his game plan as a captain and focus on the future tournaments against Australia, New Zealand, Pakistan and India. However, Root is all set to showcase his shortest format skills through IPL for the very first time as mentioned on BCCI press release. Root had expressed his views on playing more of limited-overs cricket as well as IPL in an interview last August.

A total of 1,122 players have registered their name for the 2018 IPL auctions. Of these, 282 players are overseas. Below is the breakup of the overseas players from different countries:

The list that has been sent out to the eight IPL franchises has 281 capped players, 838 uncapped players, including 778 Indians and three players from the Associate nations. 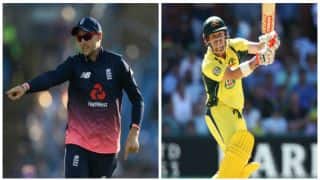 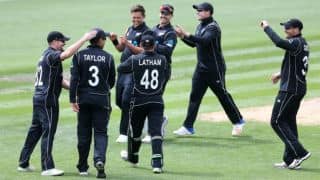