After bagging 22 wickets during the Ashes series against England, Archer's performance dipped in New Zealand as he managed to get only two wickets from 82 overs.

England captain Joe Root believes pacer Jofra Archer will bounce back from a disappointing first New Zealand tour where he claimed only a couple of wickets in three innings. Archer carried his limited-overs success to the longest format in his maiden red-ball assignment, during the Ashes series earlier this year. He bagged 22 wickets at 20.27 from four Tests. However, his standard of performance dipped in New Zealand, where the Barbados-born pacer managed to take only two wickets from 82 overs.

“I think he’ll learn a huge amount from this, I really do,” Root said after the second Test in Hamilton.

“He’s obviously an extremely exciting talent and he’s got so much to offer Test cricket and this team and I’m sure it won’t be long till we see him tear it up again.

“I think he’s found out there are a number of ways you’ve got to be able to operate and you’ve got to show real resilience sometimes when it does get quite flat and keep putting in time and time again, which he did. I’m sure he’ll learn very quickly and I’m pretty confident we’ll get the best out of him soon.”

“He showed a great amount of variety in trying to take wickets and produce an opportunity,” Root said. “Bowling with no front arm, bowling his knuckleballs, a couple of leg-cutters and a quick bouncer every now and again to change the pace. It shows he’s got all the skills that are there, it’s now just putting it all together. I’m sure he’ll learn very quickly and I’m pretty confident we’ll get the best out of him,” he added.

Root said they have learned from their New Zealand tour and said: “I think we learned a lot about the group,”

“Obviously the ideal scenario is to perform extremely well, and come away with a 2-0 series win, so it’s not worked out how we would have liked, but (for South Africa) we’ve now seen what it can be like if the surfaces do get like this with the Kookaburra ball. And like we did at Mount Maunganui, we have to learn very quickly and take that forward into those four games.

“You’ve got to learn from the opposition as well. You look at someone like Neil Wagner – he’s got a big heart, a big engine, and keeps running. And that’s what you want, you want guys who, time and time again, want to be putting themselves in that position, to keep wanting to create chances and keep trying to change the game.”

England will now head to South Africa on a tour which begins at the Centurion on Boxing Day. 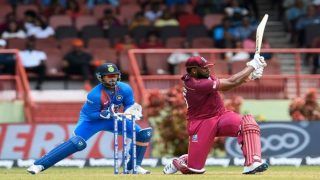