Root made his debut against India at Nagpur in 2012.

Joe Root became the fifth youngest to aggregate 1,000 Test runs for England, while playing against Sri Lanka in the first Test at Lord’s. Alastair Cook was the youngest of the lot when he amassed 1,000 Test runs. He was 22 years and 103 days old then. Others in the list are; David Gower, Michael Atherton and Len Hutton.

Root on his part also played a fine knock for England. It has to  be said that his knock came when England were in a spot of bother. Now, he will look to get a big score by completing a century. He was well supported by Moeen Ali playing in his first Test match. Moeen made 48 runs before getting out.

Root made his Test debut against India at Nagpur in 2012 and also compiled a fifty in his first Test. Root has two hundreds to his name in 15 Tests. His highest score of 180 came at Lord’s against Australia last year. 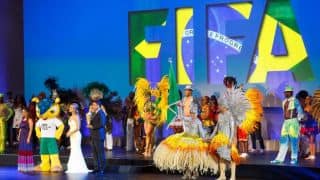