Joe Root also became only the second England batter after Alastair Cook to breach the 10,000 run mark in Test cricket

New Delhi: Former England captain Joe Root played a masterful inning against New Zealand in the first Test at Lord’s to give England an impressive five-wicket win. Chasing 277, Root scored an unbeaten 115 to drive England to a rare win. The century also helped him break through the elite club of players with more than 10,000 Test runs, the second Englishmen to do so after Alastair Cook, who has 12, 471 runs.

Meanwhile, Australia legend Mark Taylor feels that Joe Root still has five years of cricket left in him and if he can maintain the consistency, he can get past Sachin Tendulkar’s tally of 15,921 runs in Tests to become the leading run-scorer in the format.

“Root has minimum five years left in him, so I think Tendulkar’s record is very achievable,” Taylor told Sky Sports. “Root is batting as well as I have ever seen him bat over the last 18 months to two years. He is in the prime of his career, so there is 15,000 runs-plus for him if he stays healthy.”

Tendulkar, who retired from the game in 2013, is the most prolific batter of the modern era, having scored 100 international centuries across formats. Meanwhile, Root achieved the milestone at 31 years and 157 days, exactly the same number of days as his former skipper Alastair Cook, thus becoming the joint youngest to achieve the feat.

Joe Root stepped down as England skipper following the series defeat against West Indies, with Ben Stokes being promoted as the new skipper. After scoring a match-winning hundred, Root opened up on how leading England was taking a toll on his health.

“It had become a very unhealthy relationship to be honest, the captaincy and me,” player of the match Root told reporters after the end of the first Test against New Zealand at the Lord’s.

“It started to really take a bad toll on my own personal health. I couldn’t leave it at the ground anymore, it was coming home,” he added. 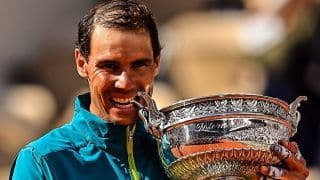 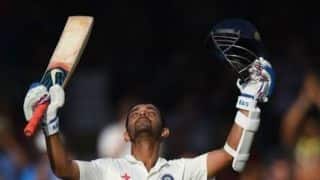